The Kobe Effect - The Aftermath 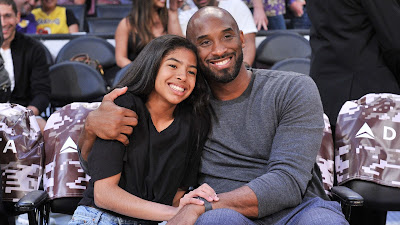 One month ago a plane crashed in the Calabasas area that took the lives of the following nine people :

9 homes were changed, nine families received news that changed lives forever and with that the lives of those who were loved by these people were affected. As Lebron James recently stated to ESPN after the tribute to Kobe and Gianna at the Staples center in Los Angeles that the shook the core of the entire city James took to ESPN to state there will never fully be closure for Gigi and Kobe Bryants death.

"It's never a closure. It's never going to be a closure," James said. "I mean, we continue to live on his legacy and continue to have our hearts heavy with both sadness and with happiness for his family that are still here. So it's not a closure. But it was a celebration which was well received from not only the Laker faithful, not only the family here, but everybody around the world." 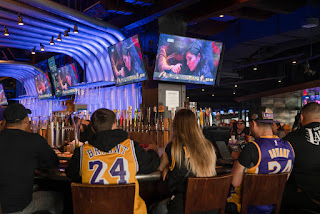 His statement has not been more accurate with the one month anniversary of the tragic accident that took the lives of these 9 people. The staples center was filled with those that mourned the Black Mamba his daughter and the nine victims, those that followed and admired the career of Bryant and stood in awe in what could have been a hall of fame career for the 13 year old future hall of famer who wanted to play at UConn when she graduated from high school.  From the touching memorials of Michael Jordan , Shaquille O'Neil , Sabrina Ionescu (Gianna's Mentor) , The White Mamba Diana Taurasi but the most heartbreaking tribute came from his wife Vanessa Bryant.

As men women and humans we fear every day for our loved ones whether they are fire fighters, first responders, or even just a teacher coming from work we can never expect to lose someone the way Vanessa Bryant lost Kobe and Gigi.  Her words her emotions during the ceremony hit the world to their core as they felt every ounce of that pain as she said her stories and her goodbyes to her first love and her baby girl. Bryant was not only known for his skills on the court but the contributions he made for the community and later on the world.  The Kobe and Vanessa Bryant Foundation was founded in 2006, originally called the VIVO Foundation. The charity was created in an effort to financially support young people in "life-changing experiences designed to broaden their global perspectives.
While many people have looked out for themselves, you still have people that care about our kids and really wanted to make a difference. And despite the negative publicity that many news outlets tried to slander the fallen player with. There still many things that have not been taken into consideration. The work this man has done and the lives hes touched has left a momentum effect on us, the numbers 2, 8 and 24 will live in infamy will those children that are watching to become inspired by Gianna Bryant and her love for the game. Will fathers become more inspired to become better fathers after the #Girlsdadmovement had taken during the last month. 2/24 has become a day to forever live in infamy as we slowly heal. The Kobe Effect lives on forever.

Posted by IvyProductions at 12:19 PM