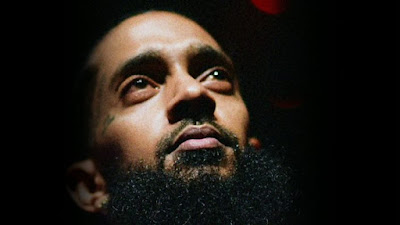 "All my life, been grindin' all my life / Sacrificed, hustled, paid the price / Want a slice, got to roll the dice." –Nipsey Hussle on "Grinding All My Life"

It has been one year since the legendary rapper Nipsey Hussle passed away from a fatal gun shot wound in front of his Marathon clothing store. Nipsey was not just an artist and a business owner but he was also a father, a friend, a pillar to his community. We tend to see with many influential leaders that their lies are cut short and it causes a wound. A wound so deep it takes many years to heal, and although we are on quarantine and we can not go out to unite in this world to mourn over the loss we are still showing solidarity.

Nipsey was a symbol for both unity in music as well as his community in California. While trying to bridge the Wast Coast sound of hiphop into the mainstream media, he also looked to celebrate musicians and people who walked the same road he walked.  Hussle looked to end gang violence in Los Angeles as he was a member of the Rollin 60's Neighborhood Crips. He worked to broker unity between the Crips the Bloods notorious gangs that have been dispersed all over the nation.  His hustle also included the empowerment of our black brothers and sisters to own their businesses, own their masters and whatever they choose to pursue. 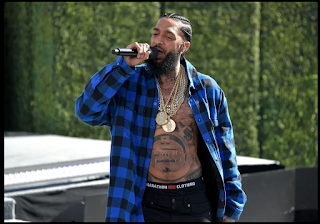 Why does Nipseys death hurt? Why did the deaths of Martin Luther King , Malcom X and Biggie hurt?   "Grinding all My Life" is the testament of Nipsey's life. He sacrificed his blood sweat and tears to not only make the world a better place for those around him, but he wanted to make a change so his children can have a better future. He wanted people can drop the guns and start picking up books and do what they can to live better lives. In terms of music he brought different elements to the rap genre that can be considered unfamiliar to those of the east coast but his goal was to set new standards for music.  Nipsey will never be forgotten but the best we can do as humans especially during this time is to honor him by being kinder to each other, having less hate making sure your neighbor that doesn't have food or water has something. Make sure your kids are learning something whether its through their STEM programs or just a skill that they didn't know they possessed. Lastly, Nipsey taught us to forever be grateful for life, and to remember that it is too short, to love and appreciate everything we can.


Posted by IvyProductions at 6:00 PM No comments: 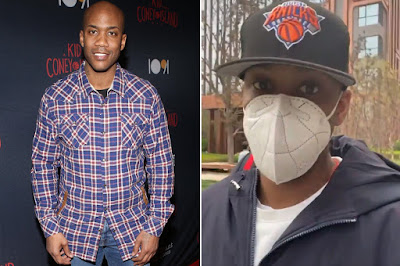 With the COVID-19 pandemic numbers continue to rise in the state of New York supplies for medical workers have been depleting quickly and while the powers that be up in Washington do not believe we need the extra medical supplies here in New York the former Knicks players and Cony Island Native reached out to Brooklyn Borough President Eric Adams and sent his assistance according to the New York Post.

The next step and the fight to assist still continues as Adams and Marbury attempt to connect with both Governor Andrew Cuomo and Mayor Bill De Blasio to initiate Marbury's offer and help the people of New York.

Tell us your thoughts and follow us everywhere @dtfradio 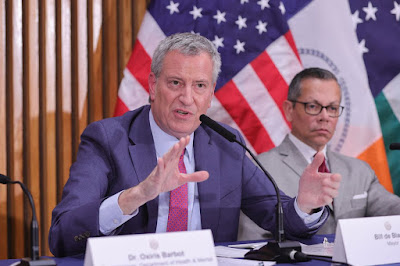 As reported by the New York Post  Mayor Deblasio has succumbed to the latest pressure surrounded by the CO-VID19 following the recent State of Emergency placed by President Trump.

In his press conference earlier this evening He stated, " To say the least, this is a very troubling moment, a moment where I am just distraught at having to take this action." Taking this action he added, "We may have to go out for the rest of the school year." With this action, there are no further details as to how they will proceed with distance learning with teachers to go through battlefield training.

As more details unravel we will provide updated information.


Follow us everywhere @dtfradio
Posted by IvyProductions at 7:24 PM No comments: 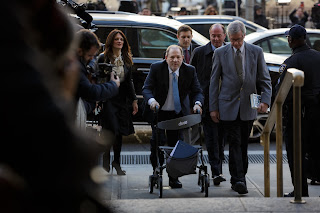 Today was a major win for female's, sexual and domestic violence victims everywhere. After months of deliberation and fighting the courts sentenced the formerly esteemed Hollywood mogul to 23 years in federal prison for two counts of felony sex crimes. In a world where the justice system has failed women on many occasions it is a blessing to see justice finally be served. Weinstein being one of the many accused in the #MeToo movement has been convicted of rape by actresses Ashley Judd and Rose McGowan from the hit series Charmed were two of the leads in the movement and the conviction of Harvey Weinstein.

For decades Weinstein had promised career advances for sexual favors and once denied said women were blackballed in the industry. Some of his victims include :

Do we consider this to be the first step in the uphill battle for womens rights, will there be more convictions for men of his stature that violated the personal rights of these women.

Leave comments below and follow us at @dtfradio
Posted by IvyProductions at 12:32 PM No comments: 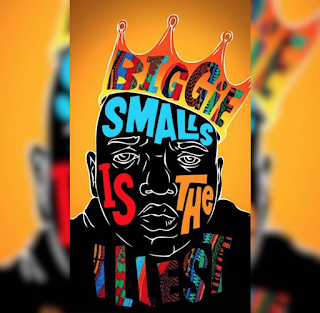 23 years ago on March 9th, the world lost one of the greatest in the Hip-Hop. Christopher Wallace better known as Notorious BIG was fatally shot and killed in Los Angeles promoting his album Life After Death, as well as doing radio runs for one of his most known singles Hypnotize. It is now 2020 and the assailant has not been discovered. Many think his final project was a representation of his life and his death with the music.

XXL reported the following to be Notorious BIG top 25 songs, do you agree with this?

Posted by IvyProductions at 9:25 AM No comments: