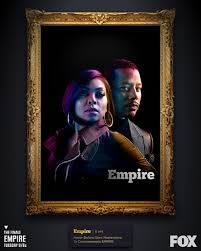 Empire has been a staple of the FOX television franchise for six years depicting life on the streets and the underdog starting from the bottom and succeeding. While many people debated over the originality of the show during its series run there have been many that followed the show religiously. With the sixth season focusing on the aftermath of Kingsley's (A,Z. Kelsey's) suicide in order to donate his heart to Andre (Trai Byers). The storyline for the season started with Lucious (Terrance Howard) dying from a bullet wound while Cookie (Taraji P. Henson) dies in a car explosion.  When watching the season the storyline felt incomplete as the six-season series ended on a lackluster note leaving both the viewers and members of the cast wanting a proper ending for the series.   Due to the COVID-19 outbreak, the series was forced to cut the production of the final episode in accordance with the quarantine policy in the United States.

However, the policy, Lee Daniels, and the producers have fallen under scrutiny as this is the second time one of their shows had an abrupt ending. Last year Fox canceled the sister show to the series Star featuring Queen Latifah, Jude Demorest, Luke James, Ryan Destiny, and Brittany O' Grady.  There has been yet any confirmation on a proper ending for this franchise as well.

Empire showrunners confirmed to the Washington Post that episode 18 was not intended to be the original series finale but was structured to go as such, teaching the Lyon family no matter the obstacle the family's love always concurs.

The questions that are being asked, who shot Lucious? Will Andre reunite with Terri and Walker will Cookie come out of the explosion? Taraji P. Henson told EW "if Empire doesn't get a proper series finale, it will be on her mind forever". She told EW "she is pushing for it to be made properly". 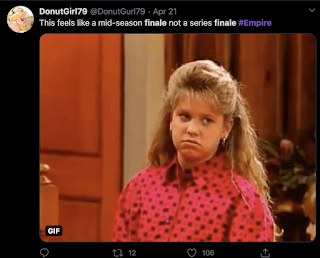 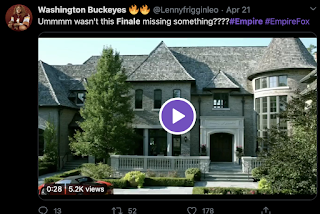 What are your thoughts on the Empire series finale? Do you want them to re-do the ending and give the fans the ending they deserve? Let us know! Follow us everywhere @dtfradio and @ivyproductions
Posted by IvyProductions at 1:17 AM