The Weeknd Collaborates with Doja Cat for In Your Eyes Remix

The Weeknd does it again with yet again another controversial remix. Abel known for his dark explicit songs and falsetto voice put out the In Your Eyes Remix featuring Doja Cat.  Many complain that the 24-year-old singer/rapper was not a good fit. The same arguments were made in 2015 when The Weeknd released The Hills Remixes with Eminem and Nicki Minaj. The Weeknd is known to think outside of the box in terms of his features as if it was a sinister scheme or a master plan. In this case Doja Cat adds to the 80's trapped in Vegas-style music.


What are your thoughts on this?
Follow us and tell us everywhere @dtfradio and dont forget to hashtag #DTFRadioMediaHub
Posted by IvyProductions at 10:11 AM No comments:

Will Snaps on Will Remix


One month ago the world was made aware of Joyner Lucas appreciation for Will Smith and his accomplishments in the music and entertainment industry. The original video by Lucas paid homage to Smith using visuals from his music career, The Fresh Prince of Bel Aire, Bad Boys, Men In Black Wild Wild West and more.  Humbled by this, Smith remixes the song going off in the track thanking him but dedicating his success to Nelson Mandela, Mohammed Ali, as well as his mother , wife Jada , Martin Lawrence, the late James Avery. He ends the verse by imparting fatherly wisdom and telling Lucas will grow up just fine with a dad like him. Many people have underestimated the lyricism that Will Smith possesses giving the remix double the shock factor for new fans everywhere.


It is refreshing to see collaborations and people paying homage like this.

Follow us everywhere @dtfradio and don't forget to hashtag #DTFRadioMediaHub
Posted by IvyProductions at 8:58 PM No comments:

As previously reported by Hot 97, Usher had involved in an Instagram live session with Swizz Beatz addressing different topics which included the Vezuz  battoe series. Within this conversation Usher mentions that he felt that Lil Kim paved the way for artists like Nicki Minaj. While many agree to the testament there were many fans that did not agree to this and did not appreciate when Usher referred to Nicki Minaj as a product of Lil Kim. 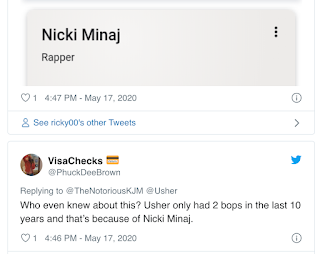 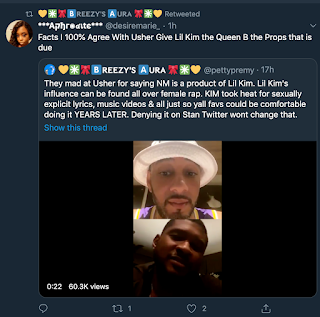 What are your thoughts on this? Follow us everywhere @dtfradio and dont forget to hashtag #DTFRadioMediaHub
Posted by IvyProductions at 8:33 PM No comments: 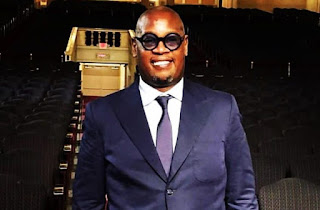 In her Verzus battle with Jill Scott tonight Erykah Badu credits the now late Andre Harrell to their musical careers and everything that was done tonight on the live was a tribute to Andre Harell.  for those that do not know who Andre Harrell was you missed out on an icon of the music industry and one of the most influential executives of the generation.

“Andre understood that by connecting R&B and hip-hop to fashion, lifestyle and aspiration, it would have an impact on the culture overall.” - Barry Michael Cooper (via Complex Mag)

The former Uptown Records founder died from complications of a heart attack at the age of 59. According to the Los Angeles police department, he was found dead alone in his Los Angeles apartment. He was known for launching the careers of Jodeci, Mary J. Blige Al B. Sure as well as Diddy.  According to Complex, Harrell was regarded as the prototype for the "high style, black excellence refinement Sean Combs shoots for, or the brother-from-another of rap mogul Russel Simmons"

Harell created that grown and sexy space and the formula of connecting the music to the current culture, he will never be forgotten.  There will be a BET special in honor of Harell releasing at the end of the year titled Uptown.


Posted by IvyProductions at 10:51 PM No comments: 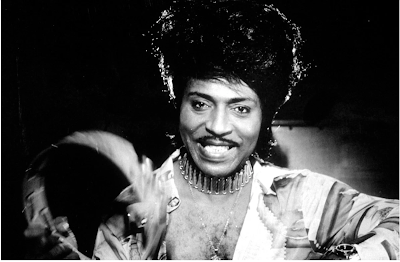 ' "I was rhe architect of Rock!" He demanded his flowers while alive. One of my favorite entertainers

Little Richard, a founding father of the Rock & Roll genre whose style, larger than life personality, electrifying stage presence transcends throughout time, died Saturday at the age of 87. The news confirmed by his son Danny Jones Penniman also stated the cause of death was cancer.

His hit singles Tutti Fruitti, Long Tail Sally, and Lucille became household names for the simple , gospel-infused, full of excitement and sexually charged lyrics became a talking point of the music industry everywhere  While his career on the top ten did not further after 1958 his music became the foundations of artists over the decades from  Elvis to Costello to Paul McCartney. The younger generations can recall seeing little Richards on some of the hit 90's shows such as Full House playing Denise's Crazy Uncle Richie.

He will be greatly missed.
Follow us Everywhere @DTFRadio


Posted by IvyProductions at 9:47 PM No comments: 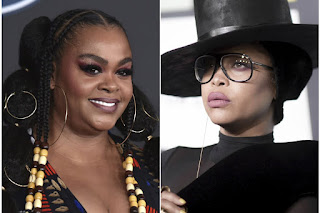 Praised by Charlemagne as the " Ultimate Date Night, the ultimate celebration of music will be happening tonight with Erykah Badu and the infamous Jill Scott. The women are known for their realism and their connection to the emotional contexts of music.

Charlemagne asks the question that every fan wants to know is this a friendly competition or a celebration of music. Scott responds she does not believe its a competition while Yee adds the response of the video that both artists made singing each other's songs (See Below).


Envy asks Scott will there be guidelines and stipulations with this battle as both Scott and Badu both have a version of the Roots song "You Got Me." Her response to this was there are 9 different versions where they have performed it at different points of their career.


Who do you have for the versus battle Erykah Badu or Jill Scott ?
Drop your comments here and follow us everywhere @dtfradio


Posted by IvyProductions at 12:46 PM No comments:

For the first time since his release, Tekashi takes to Instagram to talk to his friends, family, and fans. The 24-year-old started the live-stream with two women dancing to his new single Gooba. Following that 69 emerges with handcuffs dancing to Bad Boys leading to a rant discussing who should he show loyalty to leading to his admission of him being a snitch see video below:


What are your thoughts?

Follow us everywhere @DTFRadio
Posted by IvyProductions at 6:37 PM No comments:

The people of the quarantine received some joyful bliss and laughs with the latest episode of American Dad titled A Starboy is Born. The Weeknd a fan of the American Dad franchise and of course the beloved Alien Roger agreed to be part of the episode and it was one for the ages.

With every teachable moment on American Dad there is always one epic screw up. This screw up involved Hayley having The Weeknd the top of her Hall Pass List leading to a very personal confession from the Weeknd.

Tell us your thoughts

Follow us everywhere @dtfradio
Posted by IvyProductions at 1:42 AM No comments:

911 CALLS MADE BEFORE AHMAUD ARBERY’S DEATH 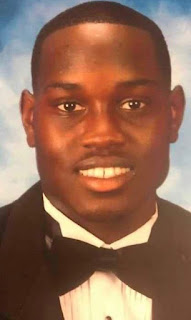 News of the stabbing came to light as a neighbor recorded a video of Arbery jogging in the daytime while two men waited and attacked him. The video causing an outrage went viral in a matter of minutes. The Mc Michaels released a statement concluding that Arbery was a possible burglary suspect. According to Source Magazine the calls were recorded as :


"The first call was anonymous: a man reported Ahmaud looking at a house that was under construction and running down the street. Allegedly, there have been multiple break-ins in this area of Brunswick before, and the caller suspected a possible crime.
The second call was from Gregory McMichael, father of Travis McMichael, with whom Ahmaud was tasseling over a gun in the video. In the recording, the elder McMichael is out of breath, only reports “a black male running down the street” and ends the call abruptly after yelling “Stop that damn it, stop!” to his son."
Tell us your thoughts!
Follow us everywhere @dtfradio
Posted by IvyProductions at 1:24 AM No comments: